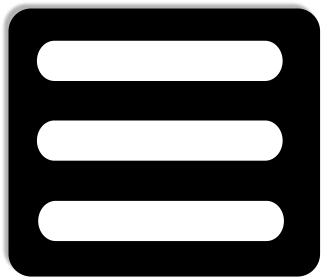 The cultural legacy of the monasteries resolved in the former Polish Commonwealth
and in Silesia during 18th and 19th centuries: the fate, importance, inventory

Information about the Project

The project Cultural heritage of dissolved monasteries on the territory of former Poland and in Silesia in the 18th and 19th centuries: fate, significance, cataloguing is carried out within the framework of the Ministry of Science and Higher Education’s “National Programme for the Development of Humanities” for 2012–2016.

Its goal is to initiate a comprehensive, interdisciplinary and widely available inventory of the cultural heritage of dissolved monasteries as an important part of spiritual and material national heritage. It is the first ever attempt made in Europe to identify and document scattered collections from over one-thousand monasteries. The territorial scope of preliminary research will cover the entire territory of Poland and several neighbouring countries, while the formal scope will include various types of objects: archives, old printed books, other books and various types of movable property (e.g. liturgical and everyday objects, remains of furnishings of e.g. pharmacies), buildings and other on site facilities as well as archaeological and natural remains hitherto studied to a limited extent, if at all.

The main outcome of the project will be an interactive Knowledge Portal (e-platform) comprising a dozen or so thematically linked databases (e.g. a database of dissolved monasteries, a bibliographic database, a database of manuscripts, printed books, official dissolution and post-dissolution documents, stories of the monastics, natural heritage etc.), the structure of which will make it possible to search for information by means of various categories. The first stage of this part of the project will consist in building a tool in the form of interactive database templates which will be used by the researchers to create a uniform and functional inventory of the cultural heritage of the dissolved monasteries.

In addition to constructing the Knowledge Portal, we will be popularising the results of preliminary research and analyses carried out under the Project. To this end we plan to organise a series of conferences (see: conferences), and to issue a series of academic publications (in printed and online versions), including the Hereditas Monasteriorum journal.

We have been able to attract to our Project many distinguished scholars from Poland and other countries. They include both historians and other representatives of the humanities (art historians, linguists, bibliologists, library science specialists, culture scholars, musicologists, theologians, etc.) as well as representatives of various sciences (IT specialists, architects, landscape architects, urban planners, dendrologists) and auxiliary disciplines (archivists, librarians, restorers, museum curators etc.). The Project is still open to new researchers of various specialities studying the subject. In addition, we have started collaboration with a number of academic institutions, institutions in charge of various collections and local government units (see: Institutional partners).

Detailed description of the Project

Main premises of the project Cultural heritage of dissolved monasteries on the territory of former Poland and in Silesia in the 18th and 19th centuries: fate, significance, cataloguing. Ministry of Science and Higher Education’s “National Programme for the Development of Humanities” for 2012–2016; no. 11H 11 021280

More in this category...